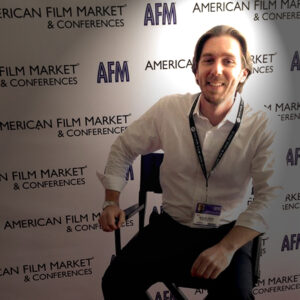 While we celebrate some unexpected gains in Box Office recovery, it pays to ask what will happen to the smaller films that once thrived there, too. We turned to an entertainment attorney, Brandon Blake, for some insider expertise.

While we’ve seen very promising gains at the Box Office overall, there’s no secret that most of them lie with big-ticket tentpoles like Black Widow and Venom 2. Of course, there is a small argument that Shang-Chi and the Legend of the Ten Rings were never anticipated to be the runaway hit it proved, but that’s a little disingenuous. It was still a Marvel franchise and still from Disney.

It’s not all a pandemic-born trend, either. We had already seen 2018 and 2019 data suggesting that the big releases, the ones making it into the Top 10 earners list, were accounting for more of the Box Office takings over time. Indie films and smaller movies didn’t have the same pull they once did.

Does this mean we will never see a Box Office comeback for indie films, however? That extreme is unlikely, too. Yet with the digital age now fully on us, the outlook for indie films will be different- and that certainly doesn’t have to be bad!

Streaming offers indie filmmakers something that was tougher to get before the age of digital. The voracious content turnover of a streaming service means demand for new and novel content also increases. This makes it easier to get greenlit, and (in all likelihood) means you get to do at least some of your project your way, instead of having to forever beg grace from the studio who ‘dared’ take a risk on you.

While that could be a compelling argument for seeing more indie producers step away from an exclusive distribution with one studio, it certainly doesn’t mean we’ll never see indies in theaters again. While we stagger through the post-pandemic phase of limited openings, fluctuating mandates, and more, there’s probably only room for the big guys who draw people more easily and can soothe latent risk fears. But things will eventually go ‘back to normal for real. When that happens, theaters will need to fill their slates just as much as streamers. With the truncated theatrical window likely to become permanent, there’s even an argument that they, too, will see a greater need for content as faster turnover becomes normalized.

In fact, the pandemic has also taught us that people very much want to hear voices from outside of Hollywood. When street traffic, and going to the movies to see, “I dunno, something fun,” becomes a viable scenario again, there’s nothing to say that indies can’t shine there just as much as they are on streaming services.

Brandon, who works through Blake & Wang P.A, feels focusing on streaming vs theatrical release for indies is a false dichotomy. The fact is that the digital film era has created higher demand across the board, and it’s a hole that could easily be filled with quality indie productions on both sides. Studios will doubtless take their smaller projects where they feel they will best draw crowds, and there’s nothing to say that has to exclusively be one or the other. One thing is for certain, however. The new cinema and digital revolution should provide a fertile field for indie productions overall, no matter where they show- and that’s just good all around!